Here’s some highlights from the last few weeks…

In Powys, local groups including Radnor Palestine Links, have united to lobby the pension fund to end its investments in complicit companies, including companies on the UN OHCHR’s list.

Across Wales, in Rhondda Cynon Taf, campaigners have written to members of the pension fund committee, demanding they address the fund’s unethical investment – as reported in The National.

In Hastings, campaigners have been out to educate the public about their local fund’s investments. 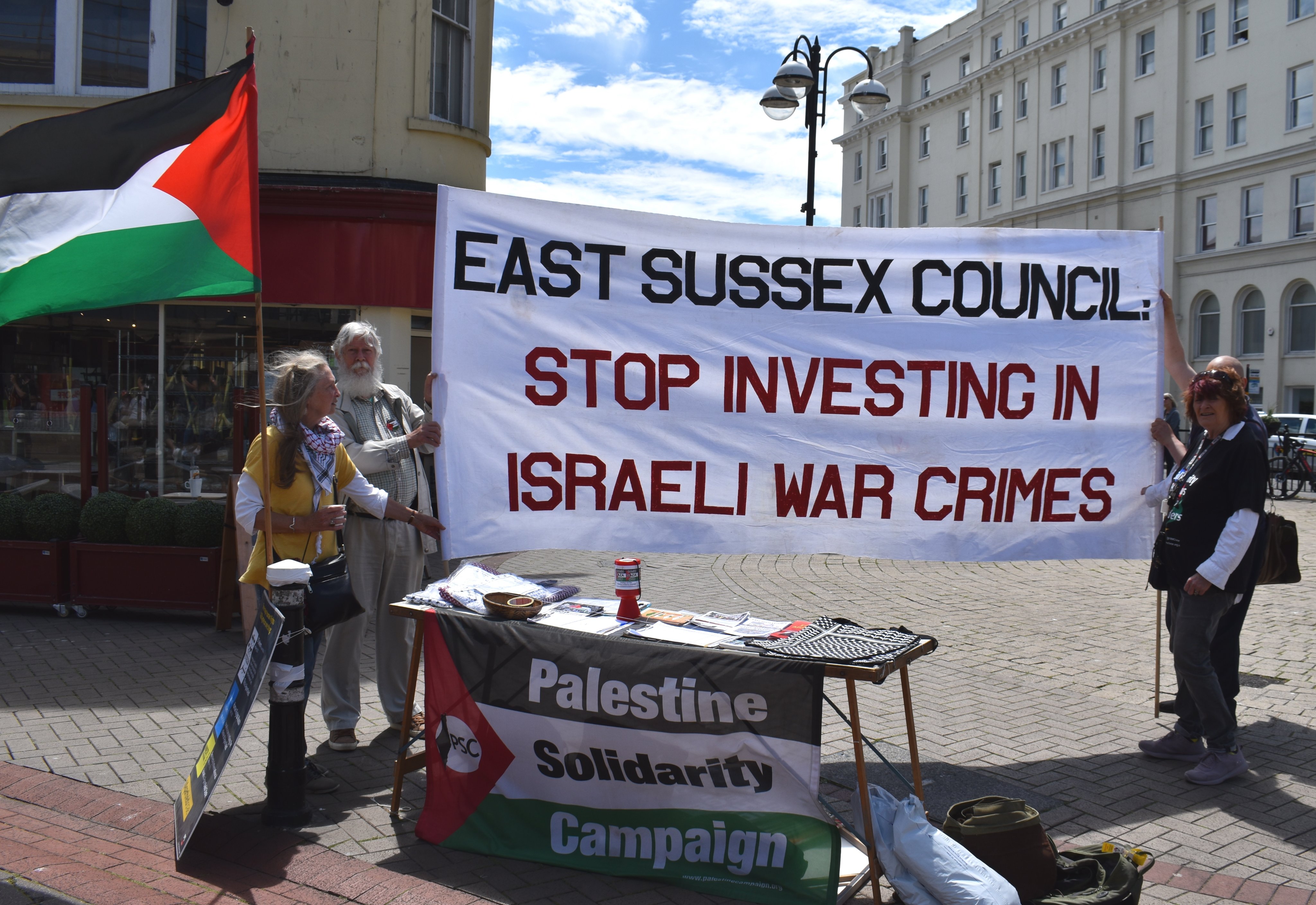 Outreach has also continued in London – with stalls taking place across the city, including in Hackney and Waltham Forest. 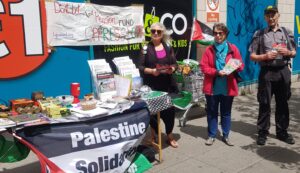 In Greater Manchester campaigners have organised a Twitter storm to call on councillors on the pension committee to back their campaign.

Meanwhile, across the UK, over 3000 of you have written to your councillors, sharing our research, and demanding they take action to pressure their local fund to divest from companies complicit in Israel’s human rights abuses.

Fill out your e-mail address and name to receive our newsletter! Please read our Privacy Policy for information on how we manage your personal data.